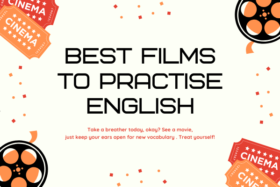 If you need more opportunities to practise English, why not join our Part-time course? It’s flexible, takes only a couple of hours of your time weekly and the lessons are tailored to your needs. For more information, click here.