Trying to decide where to study? Here are 10 reasons why you should choose Glasgow. 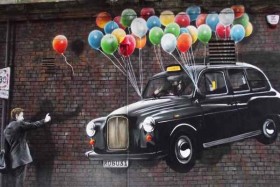 Glasgow is MUCH cheaper than the south of England. The average cost of living is significantly lower in the north. On average you will pay more than double to rent a property in London, 14 % more on weekly shopping and 10% more to eat in restaurants. Even a cup of coffee or a pint of beer is cheaper in Glasgow.

Glasgow is a beautiful city with more parks per head of population than any city in Europe. In fact, the name Glasgow translates as ‘dear green place’. As well as green spaces, the city also boasts some wonderful architecture including the world famous art school designed by Charles Rennie Mackintosh.

Glaswegians are famous for being helpful and welcoming to strangers and for their sense of humour. In 2014 Glasgow was voted the world’s friendliest city by the Rough Guide series of travel books, coming ahead of cities such as Tokyo, Melbourne, Vancouver and Dublin.

Glasgow is known for its vibrant music scene. Bands such as Belle and Sebastian, Mogwai and Teenage Fan Club are just a few of the groups to have started in Glasgow. You can listen to live music every night of the week in some amazing bars and concert venues.

Glasgow is home to communities from all over the world. All cultures and religions are celebrated and welcomed, and over 100 languages are spoken in the city. Each year many people from across the globe become Glaswegians.

Glasgow is known as a giving city. Each year the people of the city contribute greatly to local and international charities. Glasgow is also famous for the ‘taxi driver day away’ when the city’s taxi drivers take ill and disadvantaged children to the seaside for the day.

If you love sport then this is the city for you. Apart from the world famous rivalry between   the city’s two football clubs, Rangers and Celtic, you can also enjoy top class athletics, rugby, and swimming events amongst others.

You can travel easily to Scotland’s other major cities including Edinburgh by train and bus.   You are also very near to the magnificent Highlands of Scotland where you can see some of Europe’s best scenery.

Glasgow offers the best shopping experience in the UK outside of London and the city is home to some of the best known names in international fashion. Whether you are looking for a quick bargain, a souvenir or something trendy, Glasgow is the place for you.

What other reason do you need?????