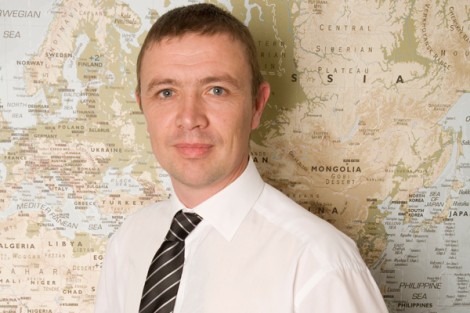 Kenny is the longest serving teacher at Live Language having started in November 2006. He is from a small town just outside Glasgow and has been teaching for over 15 years, both in Scotland and abroad.

He has a degree in Psychology from the University of Liverpool and completed his teaching qualification in Glasgow University. Kenny originally taught children but says that he doesn’t have the stamina any more. He speaks very bad Polish which frequently angers his wife, but he promises to try harder.

He loves sport and is crazy about football, but his favourite team is a well-guarded secret. He claims to have been a fantastic player before his retirement but there is absolutely no evidence to support this.

Besides sport, Kenny enjoys reading (scary books), films (anything that makes him laugh), and music (not jazz, classical or rap). Kenny’s dream is to see Scotland playing in the World Cup again.