Its official : Scottish people are the friendliest in the UK! 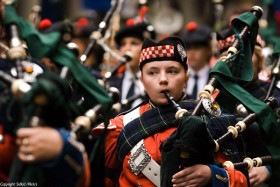 New research by Cambridge scientists has revealed the personality types of the UK by region.  “There’s a widespread belief that people in different parts of the country have different characters and in some ways this research was testing that idea,” Jason Rentfrow, a psychologist at Cambridge University said.  For example, people who live in London are well known as being bad tempered, rude and unfriendly, and the research found this to be true.

Personality is found to affect many aspects of people’s lives, including health and even political decisions. For example, more conscientiousness  people are more risk averse, and will seek medical help when symptoms first appear.  In turn, health care policies can be adapted to suit the character traits of a region.

Scottish people were found to be more open, emotional stable, trusting and friendly.  We are asked our students if their experience confirmed the findings of the report…..

Najla said “I visited London a couple of months ago and although, I was overwhelmed by the experience I foudn it difficult to talk to people. Everyone was in anxious and in a rush. When I first came to Glasgow and used the subway, it was more relaxed. Everyone was willing to help if asked. I felt more happy and relaxed.”

According to Raid: “I’m living in Glasgow now and I see that people are friendly, kind and honest. They are easy-going and emotional. That helps me improve my English.”

Finally, Rashed commented that “I’m studying in Glasgow and I live with a Scottish family. When I travel by bus, sometimes I ask people to help me if I need directions. People smile at me when I speak to them.”

What is your experience about Scottish people? Leave your comment below.