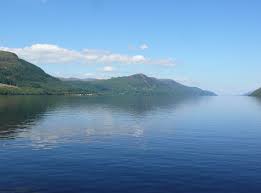 Scotland is famous for its many beautiful lochs. Have you visited any lochs? Do you know the names of any? Many of our lochs are beautiful tourist attractions that can be easily reached from Glasgow.

Did you know that the word ’loch’ is the Scottish Gaelic word for lake?  There is only one lake in Scotland. It is called the Lake of Menteith, in Perthshire.

Loch Morar is the deepest loch in Scotland. It is more than 1000 feet deep.

Loch Awe is the longest loch in Scotland. It is 42km from one end to the other.

Have you been to Loch Lomond before? It is near to Glasgow, and you can travel there by bus, train, taxi or car. It is famous for having the largest surface area of any loch in Scotland. It is also where you can find Inchmurrin, the largest freshwater island in the whole of the UK! Loch Lomond forms part of Loch Lomond and The Trossachs National Park. This is a conservation area of 1,865km2 of beautiful scenery, which includes the 794m high mountain, Ben Lomond.

Loch Lomond is a popular tourist destination. You can enjoy cycle trails, cruising, fishing and swimming. There is also amazing wildlife to see, and you can visit interesting towns, such as Balloch and Luss.

You have probably heard of Loch Ness. This is the most famous of all our lochs, and it is in the highlands of Scotland, near the beautiful city of Inverness. Loch Ness has the largest volume of all the lochs. It is amazing to realise that it contains more freshwater than the total of all the lakes in the whole of England and Wales. It holds 7.5 cubic kilometres of water. It was formed about 10,000 years ago, at the end of the last Ice Age. The water appears to be a dark blue colour. This is due to a high content of peat. The water in Loch Ness stays at an average of 5.5 C throughout the year. The water never freezes.

Loch Ness is especially famous for its monster, Nessie. The Loch Ness monster is allegedly a marine creature that some people believe lives in the loch. People have been convinced that there has been a monster in the loch since 565, when it was reported that the monster bit a swimmer. Many of those who have reported sightings say that it appears to be like a huge humped creature with a very long neck and flippers. Many people, including scientists, say that it is just a myth. Loch Ness has attracted many monster hunters, who use sonar or underwater photography to try and find Nessie. However, it has never been proven to exist, and most of the photographs are said to be fakes! However, despite any real evidence, hundreds of thousands of tourists visit Loch Ness every year to try and spot Nessie!

If you haven’t visited any of these impressive lochs yet, why don’t you find out some more information and plan a visit? They are beautiful at all times of the year. Remember to take a camera to make some wonderful memories!